It’s getting to that time of year when my family and I spend ours trawling the internet looking for the perfect summer break.
This is no mean feet with four children of different ages to accommodate. To be honest the six year olds are a breeze, it’s finding somewhere suitable for my 17 year old son that’s the problem!
After a bit of research, I found myself looking at Spain and it’s many amazing festivals. I think my son might be interested in attending a festival in Spain as he’s attending his first music festival (alone) in the summer. All festivals are cool, right? After hours of research I decided to right a post about the many festivals and fiestas Spain has to offer!
Here is the result, some are a little bizarre – especially La Tomatina! 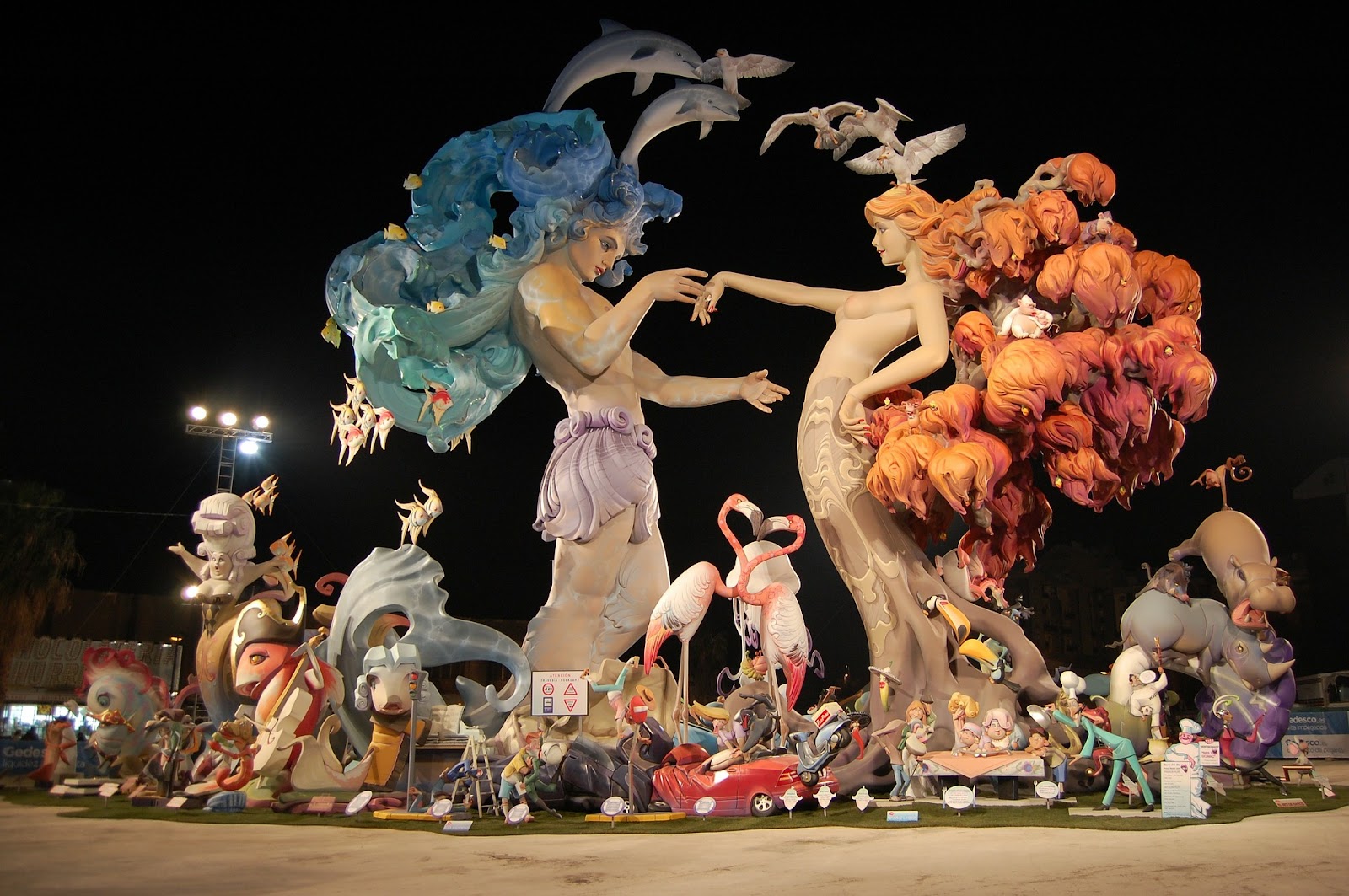 Las Fallas celebrates St Joseph’s day on 19th March. It is a five day event and takes part in Valencia on the Costa Blanca.
The festival originates from the middle ages to celebrate the start of Spring. Carpenters burnt planks of wood, which eventually evolved into elaborate puppetry seen today, made from cardboard and paper mache.
The festival ends with the burning of the puppets and is sometimes known as the festival of fire. The festival is an upbeat fantastic experience, celebrating the end of Winter and start of Spring.
The Fallas of valencia festival has been declared an Intangible Heritage of Humanity.
Semana Santa 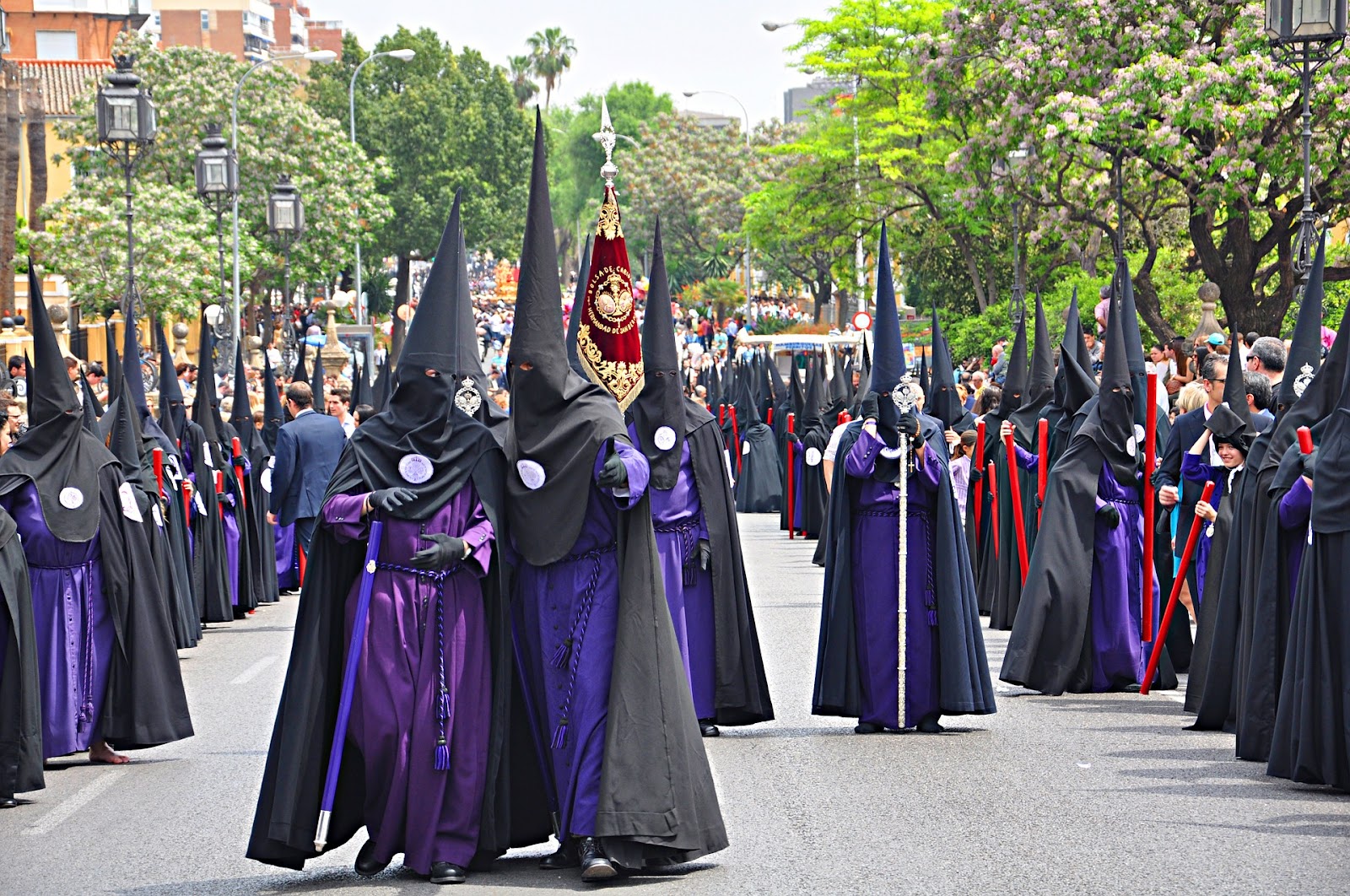 Easter is a very important celebration throughout the whole of Spain and Semana Santa is the celebration of holy week. Floats of huge proportions travel through the city streets, each depicting part of the Easter story.
Some of the floats are historic masterpieces, the origin of décor traceable back to the 17th Century.
The festival starts off very sombrely, followed by joyous celebration on Easter Sunday.
Be sure to visit the many churches across Spain throughout Holy week as they are often very beautifully decorated with flowers.
La Tomatina 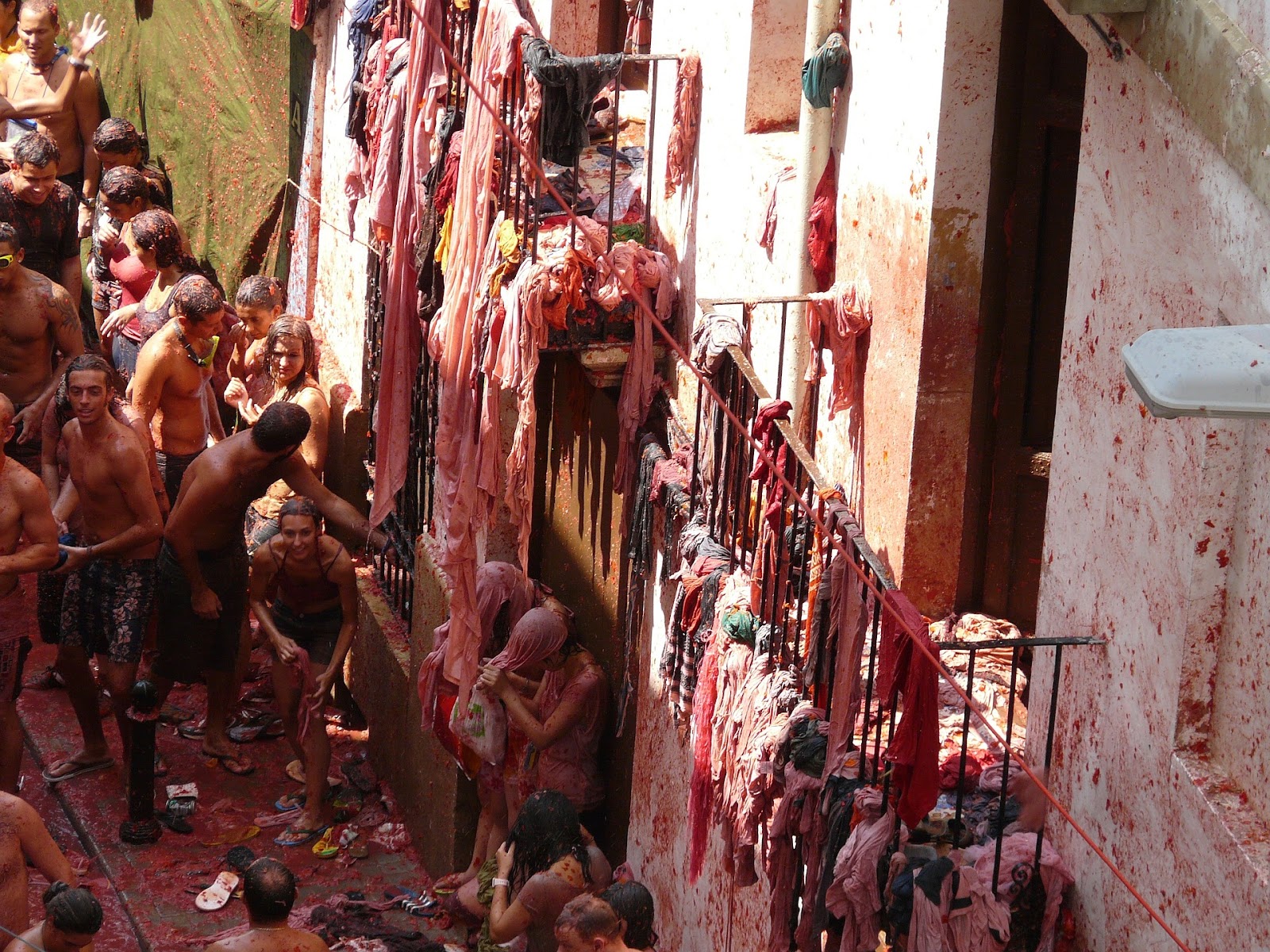 La Tomatina is held in an innocuous town called Bunol in Valencia, it takes place on a Wednesday at the end of August.
The festival started in 1945 following an altercation in the town which resulted in fruit and veg being thrown at each other! Now some 70 years later thousands of people flock to the town to take part in what is best described as the biggest food fight in the world!
Plan well ahead if you want to take part as the festival is now a ticket only event, the numbers are limited to 2000.
Ensure you have lots of stamina to stay awake for the all night parties!
Carnival

Were you aware that Tenerife is classed as the carnival capital of Europe? It is actually second only to Rio Janeiro.
The Tenerife Carnival is held in the Santa Cruz area of Tenerife and lasts for a staggering 27 days, during February.
Visitors travel to Tenerife from all over the world in order to attend the carnival. This years theme was “Fantasy”. The festival culminates in a fantastic firework display.
There are so many more festivals in Spain, it is possible to discover a different festival in every town you visit. Spanish people love to party and include the whole family in their celebrations. Attending a festival whilst visiting Spain is an excellent way to immerse yourself in the culture of the area.
What about festivals in the UK?

As I previously mentioned my son is attending his first festival this year. Hogsozzle is a music festival taking place on 25 – 27th May in Hertfordshire. I’ll write a post to talk more about Hogsozzle, in the meantime here’s the link!